Temper and Conduct examines the history and lore of the snake as a notorious American symbol, the fear serpents evoke, and the ways these symbols are employed today in mythology as local as that of Mobile, or as broad as the countless uses of the Gadsden flag.

The history of the snake in American and Alabamian ideology is fundamentally a material history. Had newspapers not published an article by “An American Guesser” (known now to be Ben Franklin) recording descriptions of military flags with images of rattlesnakes, had French explorers notebooks not described the serpent tattoos covering the torso of who history has decided was the co-founder of Mobile, the resulting visual culture would not remain pertinent.

Vandenberg and Hargrave take up that material history with a sewing needle, while local tattoo artists Rachael Ellzey Black, Suzette Callahan, Tyler Johnson, AJ Ludlow, and Grace Schuessler created flash paintings to explore how the tattoo needle continues to intersect with the story of the serpent.

“Was I wrong, Sir, in thinking this a strong picture of the temper and conduct of America? The poison of her teeth is the necessary means of digesting her food, and at the same time is certain destruction to her enemies. This may be understood to intimate that those things which are destructive to our enemies, may be to us not only harmless, but absolutely necessary to our existence. I confess I was wholly at a loss what to make of the rattles, ’till I went back and counted them and found them just thirteen, exactly the number of the Colonies united in America; and I recollected too that this was the only part of the Snake which increased in numbers. Perhaps it might be only fancy, but, I conceited the painter had shown a half formed additional rattle, which, I suppose, may have been intended to represent the province of Canada.”

Temper and Conduct is part of the Independent Projects program at Alabama Contemporary. Katie Hargrave is a professor at the University of Tennessee Chattanooga, and Melissa Vandenberg is an Associate Professor of Art at Eastern Kentucky University. Their work reflects an interest in fabric, sewing, and the history of Southern textile traditions.

To protect staff and patrons alike, Alabama Contemporary requires a mask and social distancing in the galleries. We’ve also amended our hours, are waiving admission, and placing limits on capacity. For more information on our COVID-19 opening policy go here. We encourage everyone to be safe and socially conscious as we all learn to move forward through this together.

For the Love of Art: A Guide to Art Exhibits in Mobile, AL 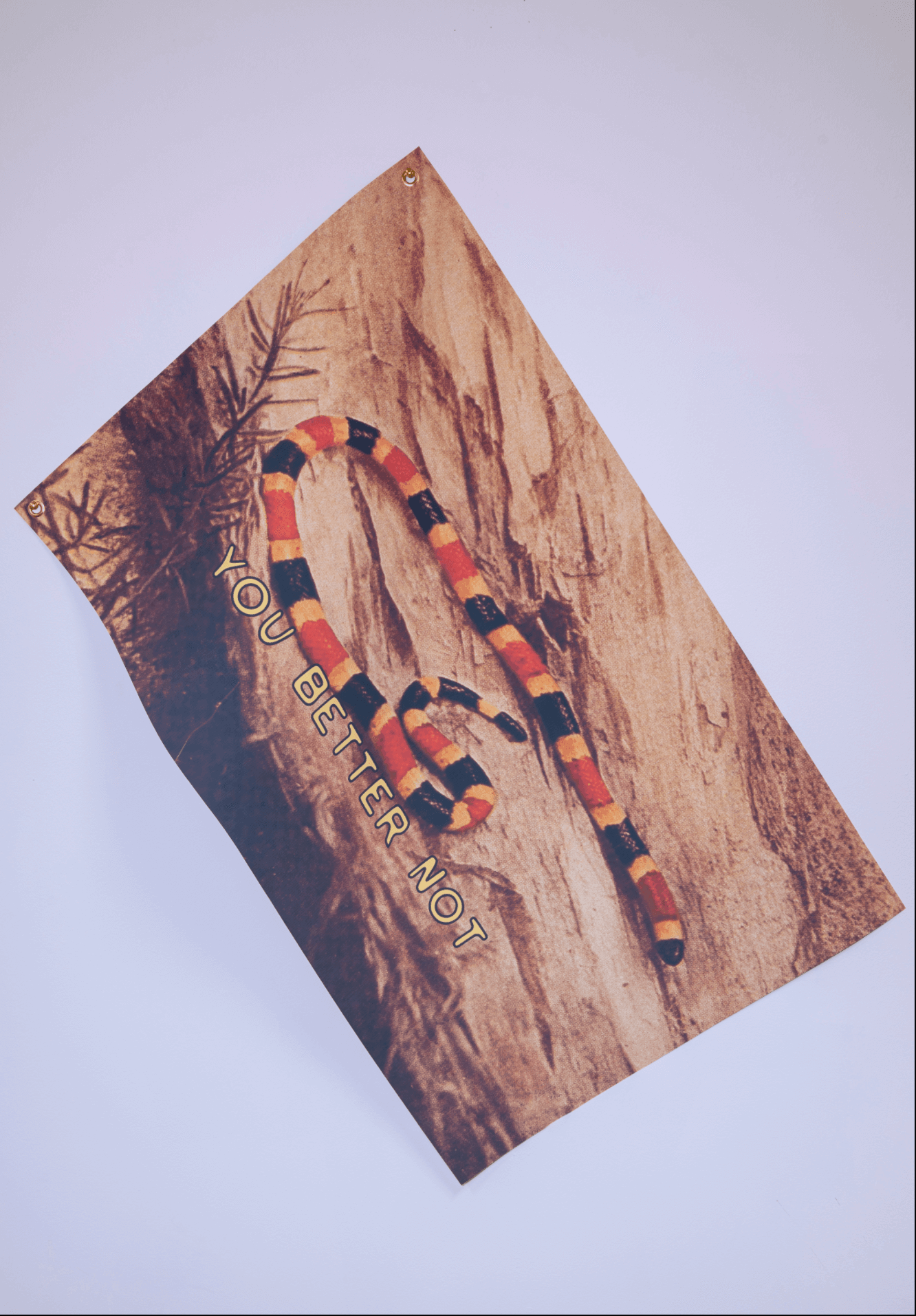